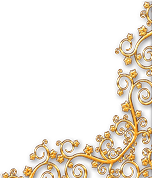 Around 1848, a wooden house on the street Piotrkowska 131 together with its outbuildings and a garden

was owned by one of the Lodz weavers– Anthony Pitzela.

The next owners of the property were Teodor Kahl, the Schadkes and Otylia and Adolf Otto who purchased

the property for 4000 rubles and created the mortgage register.

In June of 1889 the property was purchased for 15,000 silver rublesby the banker Maximilian Goldfeder.

The new owner was an example of a typical Renaissance man doing his career on the basis of the fast developing city.

In 1891 the construction of Goldfeder’s new headquarters began,

it was designed by the famous Polish architect Hilary Majewski.

In 1896 the land on 131 Piotrkowska Street, by a new generation of numbers, received the number 77.

In the years 1889-1923 Maximilian Goldfeder and his family developed in-house banking services.

On the ground floor there was an exchange office, at the top the residencial area for Goldfeders. In 1923,

Maximilian Goldfeder died and with his death his family business went bankrupt.

New creditors were coming, both from Polish

Only in September 1930 the property was offered for auction

and bought by the The Narrow Gauge Railway Society

Five years after the Second World War the building

was passed to the Public Utilities Company.

In 1958 PUC made an agreement with the Association

on the basis of which the Association was allowed

with the part of a corridor.

In 1978 the building became the property

and in January 1968 the building on 77 Piotrkowska Street

was put in the register of historic buildings

of the Regional Conservator of Lodz.

- the student club “Siódemki” was a meeting place for Lodz artists,

one of the regulars was the renowned film director Roman Polanski,

There was a general renovation on the second floor since 1988.

decided to open there The Inheritors Club (“Klub Spadkobiercow”).

All works were controlled by the General Conservator of Łódź,

because one of the conditions and requirements

was to copy was facilities,

the atmosphere those exclusive interiors from XIX

and XX century had.

halls and one of them is very spacious with

The design of all interiors is really impressive

decoration and sculptures from that period of time

which is a proof of craftman’s artistry and inventiveness.

are worth visitors’ attention.

The building on 77 Piotrkowska Street is definitely one

of the most valued historic places in Łódź.